Home — News — "METALOOBRABOTKA 2021": A UNIQUE MACHINE IS IN CENTER OF ATTENTION OF THE EXHIBITION

"METALOOBRABOTKA 2021": A UNIQUE MACHINE IS IN CENTER OF ATTENTION OF THE EXHIBITION

During "Metalloobrabotka-2021" exhibition, which was held at the "Expocentre" in Moscow from May 24 to 28, StankoMashStroy presented six units of manufactured equipment at once: SТ16K25B/1000 conventional lathe, three lathes with CNC (SТ16A25 series), two of which, had hydraulic system installed. They showed a full cycle of manufacturing components using an industrial robot Fanuc. As well as a new modification of the ST16A25AM lathe and a completely new high-tech vertical machining center VTM9. VTM9 had a huge interest from guests and participants of the country's largest industrial forum. 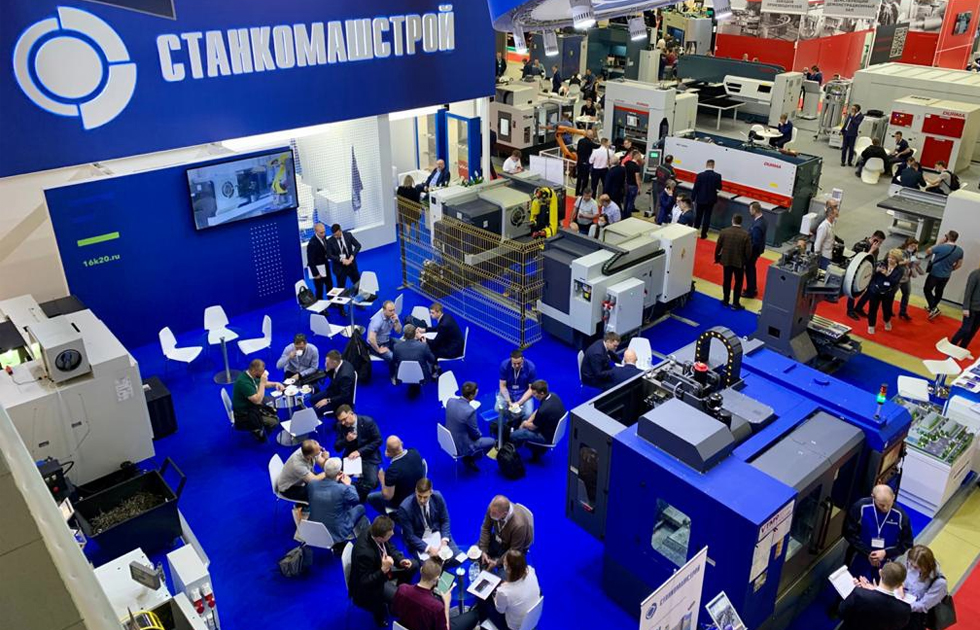 "This machine is unique, solid automated, it’s percentage of import substitution is almost 50%. This indicates that company is actively developing, reaching new heights. As I know, last year StankoMashStroy produced the largest batch among domestic companies. This is great, " said Denis Kravchenko, Deputy Chairman of the State Duma Committee on Economic Policy, Industry, Innovative Development and Entrepreneurship, coordinator of the federal project "Locomotives of Growth". 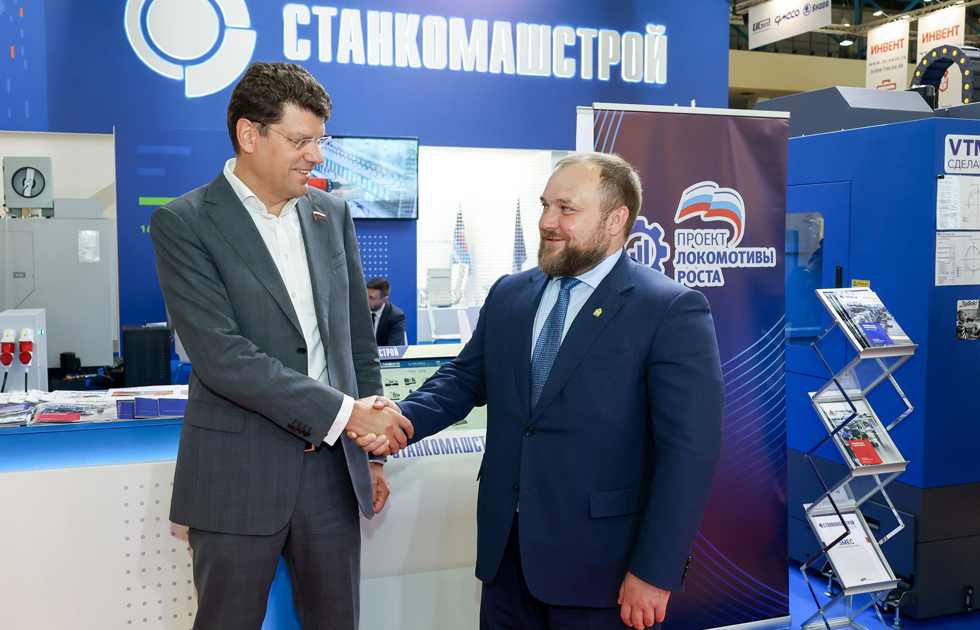 "StankoMashStroy company had seriously prepared for manufacturing milling equipment. Today, this direction is very important for ensuring the technological security of the country. Company is developing its own production with dignity, they are on the right track, " said Georgy Samodurov, president of the Russian Association of Manufacturers of Machine Tool Products "Stankoinstument". 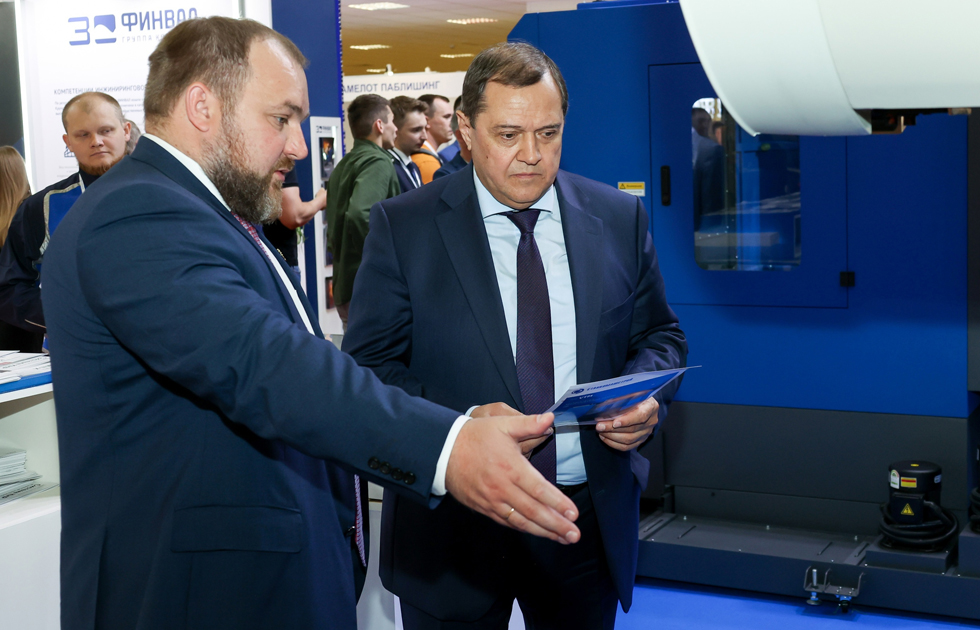 "In recent years, a good conditions industry development has been created both in the region and in the country. Machine tool industry today is a priority for the Ministry of Trade and Industry and Government of Russia. And now our company is reaching a new heights and better performance of import substitution alongside with localization of production, " said Oleg Kochetkov, General Director of StankoMashStroy, regional coordinator of the Locomotives of Growth project.

Many buyers of metalworking equipment noted high accuracy of the new VTM9 model. In particular, the company "Blum-Novotest", which is the world's leading manufacturer of measurement systems for CNC machines.

"The results exceeded our expectations - maximum vibration frequency was 0.3 micrometers. By the end of the year, we plan to produce 15 machines. And in general, the capacity of our enterprise is 50 machines per year, " said Sergey Mityasov, Deputy General Director for Production of StankoMashStroy.

Participation in the expo is not only a demonstration of the latest developments, but also an opportunity to find new customers and maintain contacts with regular partners. Thus, within the framework of the exhibition, a number of agreements were signed and agreements were reached on cooperation with a long - standing partner – Mitsubishi Electric (RUS), Fanuc (supplying CNC systems) and industrial partners from South Korea. Negotiations were also held with representatives of France, Italy and Iran. 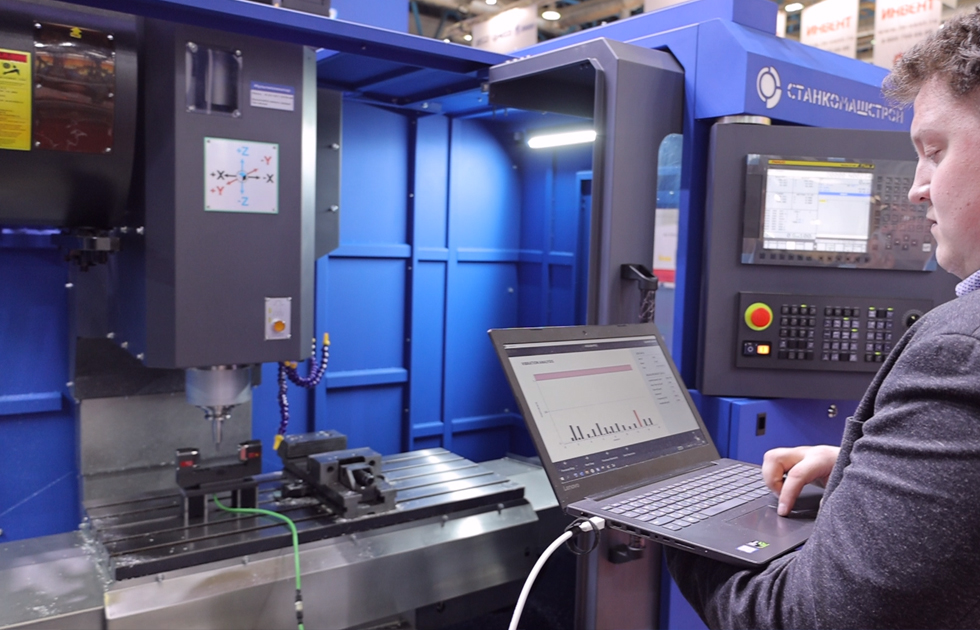 There is a huge demand for metalworking equipment today, especially for equipment that is available now and equipment which have a short delivery time. StankoMashStroy is ready to offer its customers a competitive price and high quality of the manufactured equipment. Currently, StankoMashStroy is looking forward to open a representative office of the company in Germany is being considered.

Russian consumers also paid attention to the stand of the StankoMashStroy company. Representatives of machine-building plants, enterprises producing agricultural machinery, engaged in the production of space rockets, and the military-industrial complex visited expo. Preliminary agreements were reached on the supply of equipment to enterprises of the Moscow region, Yakutia, Altai and many other regions of the country. 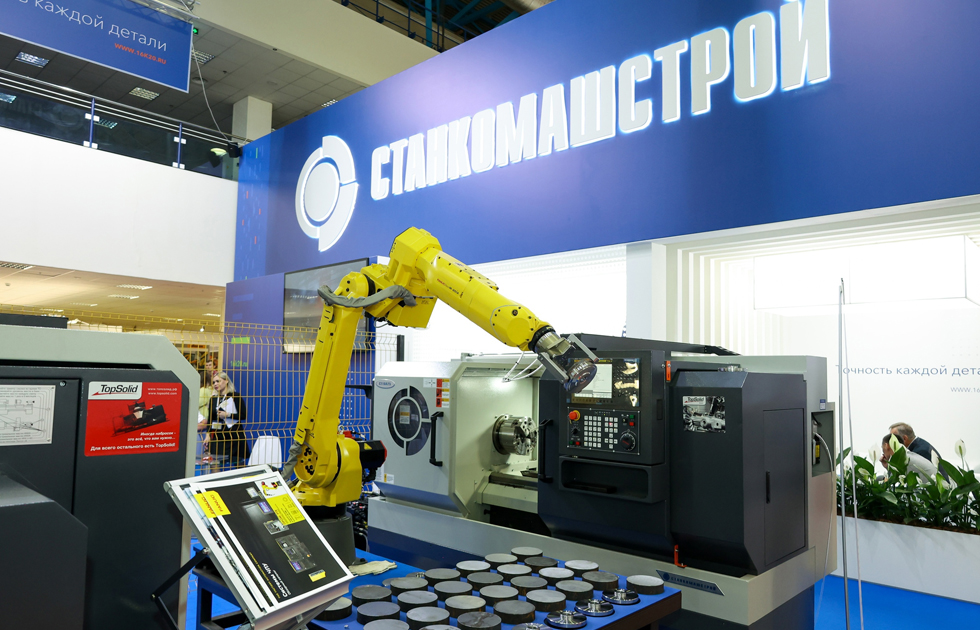