Stankomashstroy company got the prize in the field of import substitution

The company "StankoMashStroy" was awarded the All-Russian Prize in the field of import substitution "Project Leader". The award was established on behalf of the Russian federation Government. The nominees for the award were announced on September 5, and today, winners are determined as part of the National Forum meeting “Russian Production in the Focus of National Projects”. They will be awarded in six major and three special nominations.

The company from Penza that deals with the production of metalworking equipment has been selected among 49 strongest companies from all over the country. Oleg Kochetkov, General Director of StankoMashStroy, arrived in Moscow for a ceremonial presentation. The reengineering project manager of the KamAZ Hans Peter Moser presented the award to him.

The receipt of the import substitution award by the Penza company is truly deserved. Indeed, the percentage of machine tools production localization is 50-55%, for some models it reaches 70% and is considered exemplary for domestic enterprises. 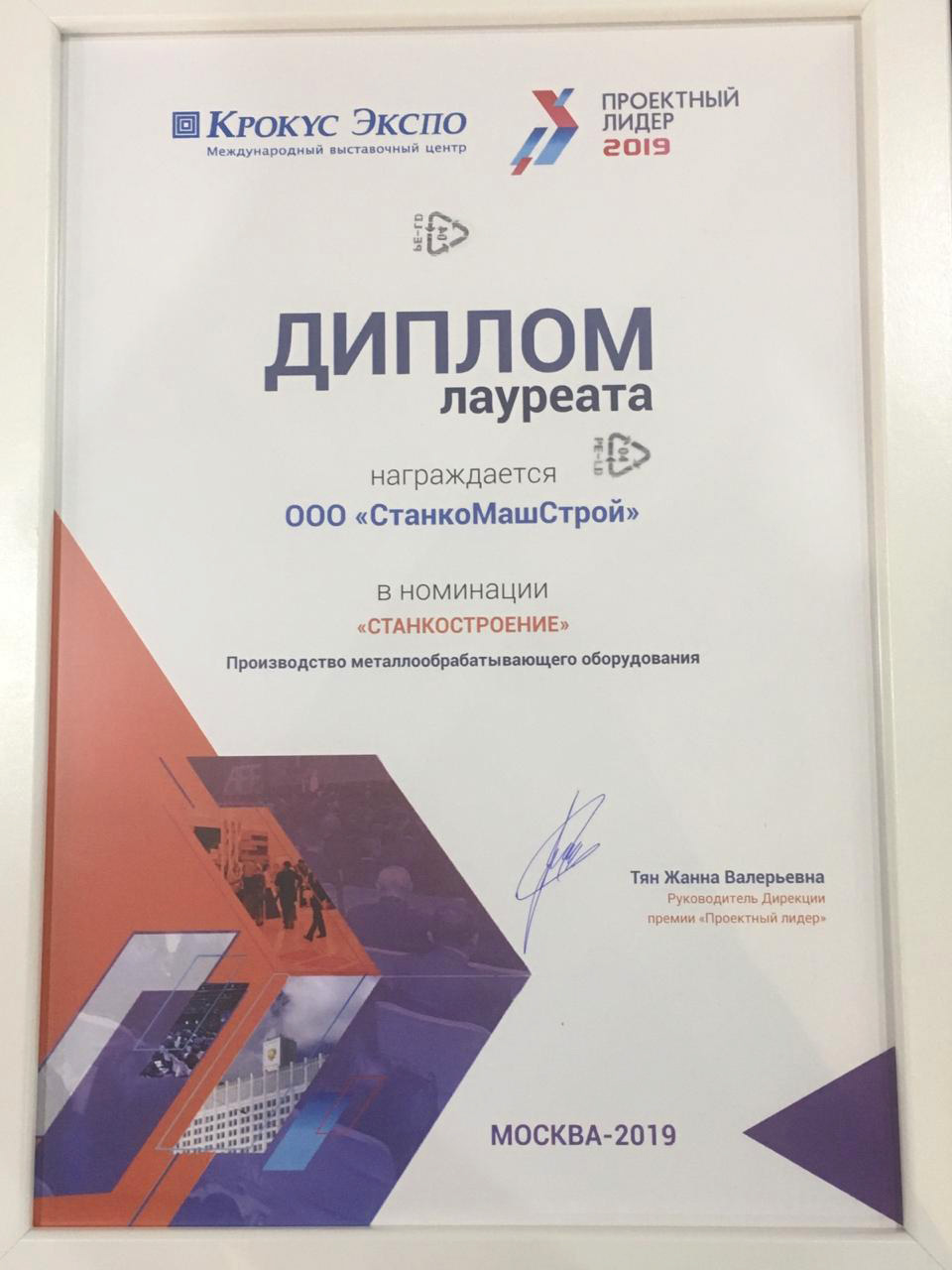